David had many wives & concubines 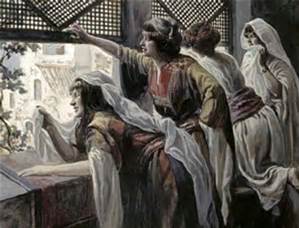 David had many wives and concubines

We know that David married many more wives other than the seven listed by name.  However, we don’t know how many more.

The Brown commentary states “In this conduct David transgressed an express law, which forbade the king of Israel to multiply wives unto himself in Deuteronomy 17:17.”

We do know from 2 Samuel 5 and 1 Chronicles 3 that “David acquired still more wives and concubines who, in turn, bore him more children.”

We know we had at least ten concubines.  2 Samuel 20:3 tells us “And David came to his house at Jerusalem; and the king took the ten women his concubines, whom he had left to keep the house, and put them in ward, and fed them, but went not in to them. So they were shut up to the day of their death, living in widowhood.”

These were the concubines that his son Absalom defiled in 2 Samuel 16:22.  “So they pitched a tent for Absalom on the roof, and he slept with his father’s concubines in the sight of all Israel.”