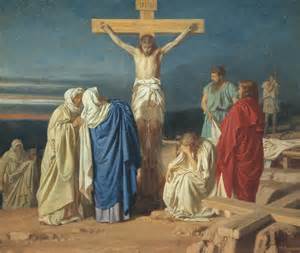 I’ve sung this song for years, but until I began to write this article I had no idea the story behind the song.   The interesting factor!  We are singing the author’s testimony.

William R. Newell was born on May 22, 1868 in Sa­van­nah, Ohio.  All who knew him considered him a “humble man”, however that was not how his life began.

Dr. Torrey, President of Moody Bible Institute told the following story. “When I was president of the Moody Bible Institute, I received a letter from a very concerned pastor who told me of a son who was causing himself and his family a great deal of trouble. His life was really mixed up. And the father felt that attendance at Moody would help. I advised the father that even though I sympathized with him, for I was a father; yet, because I was running a Bible school and not a reform school, I had to deny his request. After many letters of pleading his cause, I finally gave in with the stipulation that the rebellious teen must see me each day and make every effort to abide by the rules and requirements of the Institute.”

“Torrey went on to say that the boy faithfully visited his office each day; and with wisdom from God’s word, he answered the questions that had been keeping the boy from God. Finally, after many months of counseling, the prayers of the boy’s father were answered.”

Years I spent in vanity and strife, caring not my Lord was crucified…There my burdened soul found liberty At Calvary

That young man was William R. Newell.  Newell eventually became a minister and later returned to Moody Bible Institute as a teacher.

One day in 1895, Newell was sitting in his classroom during a planning period. He began to pen a word picture in the form of a poem describing his testimony.  His original words were penned on the back of a used envelope.

After writing the poem, Newell paid a visit to the Music Director at Moody.  That man was Daniel Towner.  “Towner went to a vacant piano room, sat down, and started writing a tune for his friend’s lyrics. An hour later, the music was finished, and the two friends were sitting down by a piano, singing the new creation together.”

Today, Newell’s testimony is a reminder of all that Christ did for all of us At Calvary.