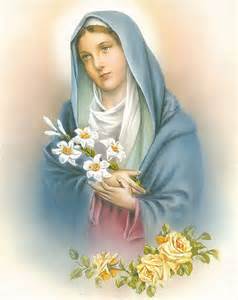 We’ve wrapped up our Second Chances and One Last Chance series. I began to think about how to enjoy the few weeks we have until Christmas.  I thought about the one person in Jesus life that was there from the beginning to the end.

That person was his mother, Mary.    I soon discovered that while the majority of accounts in which she is mentioned are throughout the Christmas story, there are other times in Jesus life in which she is also mentioned.

Between now and Easter Sunday we will take a look at Mary.   What she was doing, where she was, how she might feel, her response to the circumstances in her life, etc.

I will even share something very special about Mary on both Christmas Day and Easter Sunday.

So let’s begin with the reason we celebrate the Christmas season.

That reason is the birth of Christ.   Although there are four gospels of Christ, only two of the gospels {Matthew and Luke} give us an account of his birth.

Luke 1:26-28 (ASV)
Now in the sixth month the angel Gabriel was sent from God unto a city of Galilee, named Nazareth, to a virgin betrothed to a man whose name was Joseph, of the house of David; and the virgin’s name was Mary. And he came in unto her, and said, Hail, thou that art highly favored, the Lord is with thee.

Mary was betrothed to a carpenter

Imagine going about your daily business of gathering water and helping your mother tend to a household.  You’re a young girl, but you’re already in love.  At least in our romanticized culture we hope it was love, but we’re not told for sure.  We are not told the details of the courtship.  This may have been an arranged marriage.

Today, historians believe that Mary was only about twelve or thirteen years old when she gave birth to the Messiah. However, there is no proof to substantiate her age at the time of engagement or the birth of Jesus.  We know even less about the man to whom she was betrothed. Given the customs of the day, it is very likely she may have been this young.

She was engaged to a man named Joseph, who was a carpenter.  Again, historians believe that he was older than Mary.  I’ve seen references from everything to he was a few years older than her to he was an old man.   We don’t know for sure.

We do know from scripture that Mary was still a virgin.

When suddenly out of nowhere, with no warning, an angel appears to you.   I don’t know about you, but I’d be taken aback.  Can I say it?  Probably even scared.

I mean think about it—where was Mary?  Were people around?  Did others see the angel?  I suspect that it is unlikely others saw the angel.  This leads me to believe she was probably alone.  We don’t know where she was or what she was doing.  Was she gathering water, tending to animals, working in the house, taking a walk, or a myriad of other daily tasks she may have gone about?  I wonder how she must have reacted when the angel first appeared to her.

She was probably startled by his sudden appearance.  I mean she was not sitting around waiting for an angel to suddenly appear to her, any more than we are.

Yet, the greeting is one of peace.  The angel says, “thou art highly favored.  The Lord is with thee.”

Yeah, well that’s nice.  But why is he appearing before me?

After all, how many times in the scriptures {what today we refer to as the Old Testament} does God or an angel appear to others?  These appearances are referred to as theophany.  God appeared to Adam and Eve, Cain {after he killed Abel}, Noah, Abraham and Sarah, Jacob, Moses and the children of Israel, Isaiah and Ezekiel.

I’d be wondering why is this angel here and what does he want.  When you look back at the list provided think of what God asked of each of these people.

So how did Mary react to the greeting?

Luke 1:29 says, “But she was greatly troubled at the saying, and cast in her mind what manner of salutation this might be.”

We are not told if the “greatly troubled” was a happy or sad troubled.  Most likely it was a curiosity.  Because we are told that she “cast in her mind what manner of salutation this might be.”

She was probably wondering, why has this angel appeared before me?  What does he want of me?

What would you be thinking if an angel appeared before you?

Next week we’ll explore what the angel had to say.