Song Story: Give Me That Old Time Religion 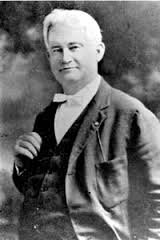 Have you ever felt unfulfilled in your life? That was the struggle with Charles Davis Tillman.  Born shortly after the end of the Civil War, to a Methodist Minister and his wife, he struggled to make his way in the world as a young adult.  After committing his life to Christ, he spent his life working for the Savior.

One day while passing the fields of South Carolina, he heard the former slaves in a moment of worship as they chanted a tune, Give Me That Old Time Religion.  He jotted down the words and melody the group was singing.

In 1873, the song appeared in a list of Jubilee songs and was published.

Wikipedia states “ the song had incalculable influence on the confluence of black spiritual and white gospel song traditions in forming the genre now known as southern gospel. “

Did you realize this song was the start of southern gospel music?