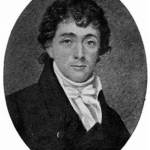 We all know our National Anthem, but do you know how it originated?

The author, Francis Scott Key, was at Fort McHenry when the British Royal Navy bombed the fort in 1814.

Francis Scott Key, a lawyer and amateur poet, and John Stuart Skinner were on a mission for President James Madison on September 3, 1814. The men were sailing on the HMS Minden to secure the exchange of prisoners. 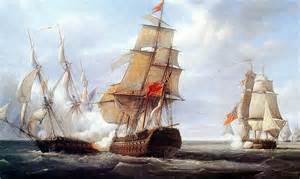 Having overheard plans of attack the two men were held captive until the battle was over. They had a front seat view of the attack and were inspired by the American victory. Key paced the ship deck throughout the night while the battle raged. The next morning Key saw the large American flag flying triumphantly over the fort. There was no doubt the Americans had beaten the British forces. At that time the flag had fifteen stars and fifteen strips, known as the Star Spangled Banner flag. 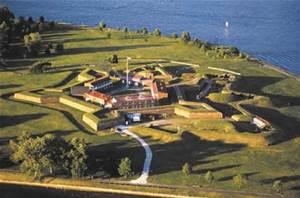 Still onboard the ship, Key wrote the lyrics to the poem on the back of a letter he had in his pocket. He originally titled his poem the “Defense of Fort McHenry.” The men were released the next day {September 16}. Key finished the final stanzas while staying at the Indian Queen Hotel.

The poem was set to a popular tune, “The Anacreontic Song” (or “To Anacreon in Heaven“). This was the official song of the 18th Century gentleman’s club of amateur musicians in London known as the Anacreontic Society.

No one knows for sure who the composer of the melody was, but it is generally attributed to John Stafford Smith of Gloucester, England.

Soon the song was renamed “The Star Spangled Banner” and its popularity spread.

There were many versions when President Woodrow Wilson requested an official version in 1916. The song did not become the National Anthem until President Herbert Hoover signed a congressional resolution on March 3, 1931.

There are four stanzas to the poem/song, although the first stanza is the main verse sung. The original manuscript written by Francis Scott Key is on display at Maryland’s Historical Society. The flag flown over the fort that 1814 is on display at the National Museum of American History.

The flag is owned by the Smithsonian and has been restored twice.

O say can you see by the dawn’s early light,
What so proudly we hailed at the twilight’s last gleaming,
Whose broad stripes and bright stars through the perilous fight,
O’er the ramparts we watched, were so gallantly streaming?
And the rockets’ red glare, the bombs bursting in air,
Gave proof through the night that our flag was still there;
O say does that star-spangled banner yet wave,
O’er the land of the free and the home of the brave?

On the shore dimly seen through the mists of the deep,
Where the foe’s haughty host in dread silence reposes,
What is that which the breeze, o’er the towering steep,
As it fitfully blows, half conceals, half discloses?
Now it catches the gleam of the morning’s first beam,
In full glory reflected now shines in the stream:
‘Tis the star-spangled banner, O! long may it wave
O’er the land of the free and the home of the brave.

And where is that band who so vauntingly swore
That the havoc of war and the battle’s confusion,
A home and a country, should leave us no more?
Their blood has washed out their foul footsteps’ pollution.
No refuge could save the hireling and slave
From the terror of flight, or the gloom of the grave:
And the star-spangled banner in triumph doth wave,
O’er the land of the free and the home of the brave.

O thus be it ever, when freemen shall stand
Between their loved home and the war’s desolation.
Blest with vict’ry and peace, may the Heav’n rescued land
Praise the Power that hath made and preserved us a nation!
Then conquer we must, when our cause it is just,
And this be our motto: “In God is our trust.”
And the star-spangled banner in triumph shall wave
O’er the land of the free and the home of the brave!

Discover when the National Anthem was written